We Love Your Photo, We’ll Give You A Credit! 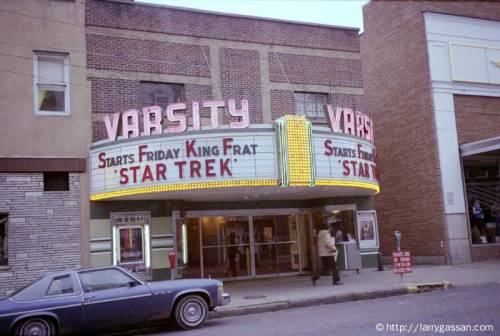 These words “We Love Your Photo” will delight any photographer. Beware. Are they actually going to pay you for it? Or do they want it for free? And will you roll over for it? Don’t.

I got this come-on, read on.

END_OF_DOCUMENT_TOKEN_TO_BE_REPLACED 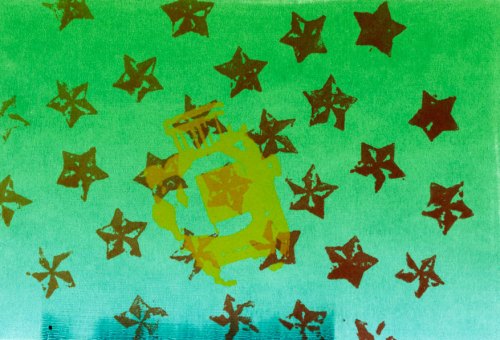 My European summer of ’74 was a fond memory, and no offers were forthcoming. Ginger, the girl I’d hooked up with on that trip had family in Cleveland; but was either in school in Connecticut or at the family escape at Sanibel in Florida. She made herself very scarce.

Hard times had begun to stalk the Rust Belt. The ’73 Energy Crisis was still being played out daily. Coal was four times more expensive than it had been two winters before, and all the power plants burned coal. Legacy steel mills, auto, and other mid-century manufacturing had just been stabbed through the heart, and would never recover their previous glory. Ever. Welcome to the new economy, kid.

The first trip was in early January 1975. I stayed at the YMCA, went to ad agencies and showed my student book. The responses were polite, guarded, tepid. The city was bone-cold. I wore what passed for good clothing; non-jeans, street shoes. I froze my ass off.

At night I’d head back to the Y, and look out the window at the corner liquor store/carryout across the street. It was dead. The steam-heat was alternately comforting and stifling. I’d look at my dress-clothes as they came out of the pack, read whatever paperback I had, and wait for the morning. In the morning I’d go to a diner down the street and eat, hot coffee and something, and head out.

I plodded on for several days. No leads, but I got into more than a few agencies. My theoretical job began to look like an ever-lengthening line that curved over the horizon. Finally, I beat it back to the bus station for Athens, with brave promises that I’d do better over Spring Break.

School started up again, I buried myself in classes. Living at home was not fun, and I had a non-existent social life. It was a self-perpetuating cycle, with no clear escape.

Spring Break loomed, and I made plans to go back up to The Mistake On The Lake. The Sunday afternoon bus trip to Columbus was a reefer-madness comic episode. There were 3 or 4 exuberant young black guys in the back row who had a very large cassette-tape boom box, and a lot of dope. They lit up, and as the bus rolled on to Columbus, the bus slowly filled up with reefer smoke. Meanwhile the tape deck started playing slower, and slower. The mix tape was songs recorded off the radio, with the ends clipped as the DJ would back announce over the end of the song.

On the outskirts of Columbus, the bus passengers had essentially passed out. Finally somebody went to the bus-driver, who opened a wing-vent. A writhing snake of smoke collected itself, and like out of a movie, got sucked out of the bus. Everybody woke up by the time we pulled into the bus station.

The trip to Cleveland was muted. No joy here. I stayed at the Y one night. Then I opened my wallet and realized that I didn’t have enough to stay at the Y. Checking out, I found a SRO cheap-ass hotel—Hotel Bolivar, if memory serves, on 9th St. Walking up the single-width stairs to the buzzer-locked cashier’s window, I rented a room for the next two nights. He handed me a key, a dirty look, told me to read the rules, and buzzed me in.

Walking a maze of jumbled hallways that were painted in cast-off colors, I found my room. It was clean, dry, and barren, opening to an airless airwell. It made the Y look like the Ritz. Here I was. Time stretched on forever.

The first night was punctuated by footfalls in the hallway, faint snorings and phlegmy coughs by men who’d smoked their entire lives.I took a shower in a dim, blighted room that looked like it came from a prison-camp yard sale. Rarely have I showered so fast.

Note to the traveller: Celine’s “Journey to the End of the Night” is not light and frolicsome reading. Save it for when you have lots of money, on a beach somewhere. Also that night I lost any remaining taste for Tom Waits, who was then a boho fave with his “Nighthawks at the Diner“. Here there was no romance; only old, tired, used-up, broken men.

The few days that followed were more futility. I rotated in and out of agencies. One agency studio had middle-aged men sitting at their drafting tables, reading paperbacks. Nobody made a sound, so the bean-counters wouldn’t hear their inactivity, and fire them. It was foreboding.

My slender finances permitted a day-old loaf of bread, bracketed by 2 cups of watery coffee I got somewhere. The Y, with the vending machine, and the corner carryout was a mirage. Ghetto life in its full ’70s glory was on full display. Street-life characters could only afford one aspect of the Look; the apple cap, the chunky shoes, the high-rise flared pants. The rest of their outfits lagged a decade behind.

I threw in the towel on Wednesday. Caught the bus outta there, back down in painful slowness to Columbus, then back to Athens. The closer I got, the slower it became. I lulled myself to sleep with notions that it wasn’t always going to be this cold and bleak, and somehow I’d have a job, and get laid more often than not.

Once I got to Athens, I started walking through the deserted town,  out to Rt 50, and hitched a ride out to Albany. I then walked the last 2 miles from Albany out to the farm. I think I walked up the road to the house that semi-gray, raw March day, and saw Laird schooling a horse in the ring. Arnold was holed up in his office. I changed back into my workwear.

That summer I was a poorly-paid camp counsellor to the children of rich Texans in New Mexico. I nominally taught art, and having never taught art, made shit up. It was terrifying. I’d gotten out of the mud for 6 weeks; got drunk, fell in love, became fast friends for the summer with people I never saw again.